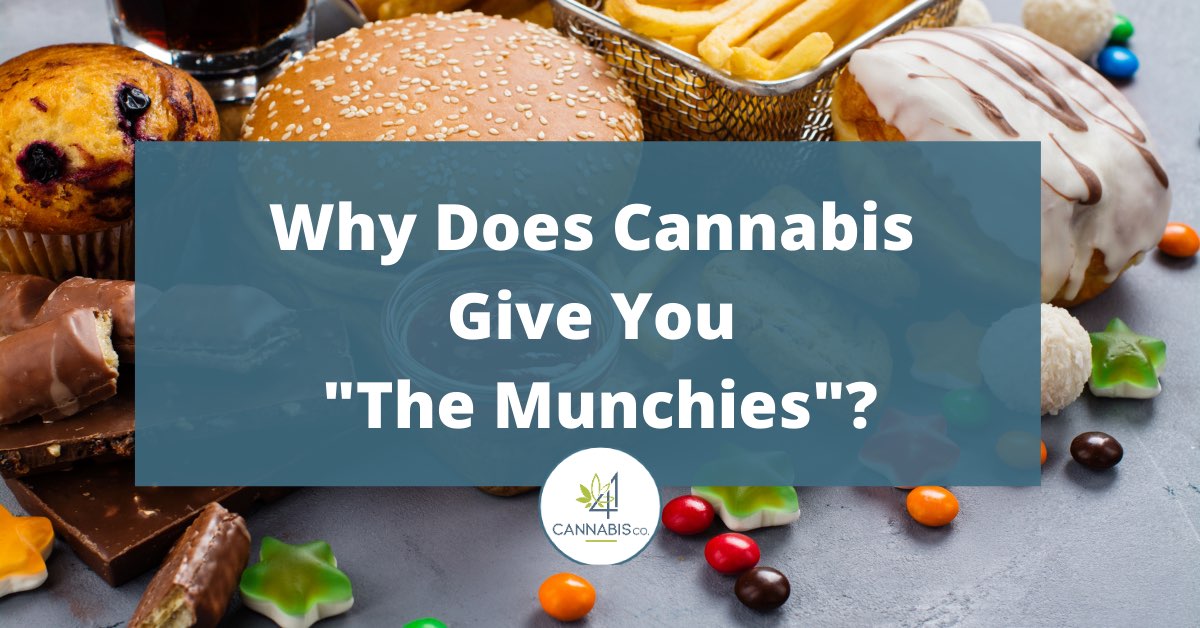 You’re sitting on the couch after using cannabis, and you get the sudden urge of being hungry, but you just had dinner. You try avoiding the temptation of opening a family size bag of chips, but you cave in. You realize that you just ate the entire bag! That is called getting the “munchies”.

The origin of the word ‘munchies’ comes from the verb ‘munch’ referring to wanting something to eat. In the seventies hippy era, the term ‘munchies’ was a slang term used by cannabis users who developed a strong food craving post consumption.

It’s not in your head – chemical compounds in cannabis react with the brain to enhance appetite, creating “the munchies.” It is very normal to crave something sweet or salty after using cannabis. There is a cellular switch in the body that is linked to sudden food cravings that are triggered by using cannabis.

Why does cannabis make you hungry?

THC is an appetite stimulant and works to partially activate the brain’s CB1 receptors. When the CB1 receptors are activated, they stimulate areas of the brain that produce appetite, or the desire to eat. Any mode of delivery that delivers THC to the bloodstream and brain can increase the user’s appetite.”

Why does food taste better when you’re high?

Although there is no direct research about this question, some scientists believe cannabis can stimulate a part of the brain called the parabrachial nucleus. This part of the brain works to make the sugars and fats in food more appealing. It also links to how much we eat. Since cannabis heightens those senses, it causes some people much more, hence eating an entire bag of chips in one sitting without realizing.

Can you stop the munchies?

While it is unlikely that you can stop the munchies, there are a few things that you can do to help with the situation. Since your brain is naturally drawn to food during the use of cannabis, you can try having a healthy full meal before using, or try to keep healthy snacks in the house instead of sweet and salty snacks.